Three words that only start to describe the tenor of the world right now. But also, at an industry-level, the state of internal affairs at adidas.

Since this past Friday, a coalition of 200 employees (and growing) have been protesting at the sportswear company’s US headquarters in Portland, Oregon over racial disparities inside the organization.

“It’s a very peculiar experience to be Black and work at adidas,” says Julia Bond, an assistant designer whose letter to adidas’ senior leadership last week sparked the protests. In her letter, Bond outlined systemic problems within adidas’ corporate culture in regards to race. Since then, several other employees have also spoken out. “You see images of yourself all around the brand and it’s very outward-facing Black. But inward-facing, it’s very white.”

adidas has been marred by claims of discrimination since last year, when a New York Times report spoke to over 20 employees about racial inequalities inside the company, where less than 4.5% of employees identify as Black.

“When that New York Times article came out, a lot of people of color at the brand were high-fiving each other because something finally got out there,” Bond says. “But I remember sitting at my desk knowing this is not going to change anything because nobody gave their name.”

Bond says none of the issues mentioned in that report, such as having more diverse hires, were addressed in the last year. In fact, things even got worse.

The designer, who’s worked full-time at adidas for a little over a year after two stints as an intern, recalls receiving a creative brief from Nic Galway, the company’s VP of global design for Originals, that had an image of a white man on a skateboard wearing the confederate flag.

“Looking at that image on that day was really painful because it let me know — as the only Black employee on the team — that nobody caught it and nobody spoke up and said it was wrong,” Bond says, adding that the image was on internal inspiration boards and circulated for months before it was brought up to upper management. “My ancestors had to die because people waved that flag and it’s filled with so much hate and so much oppression toward Black people. I started crying; you shouldn’t be made to feel this way at work.”

Bond also shared stories of Black employees nonchalantly being referred to as “moving at a coon’s pace” when late for meetings by senior white employees, who’ve since been promoted within the company in the last year.

adidas declined to comment on Bond’s experiences, as well as this story.

Despite the company’s “zero-tolerance” policy, casual use of racial slurs within the company remains a common practice, according to footwear designer Aric Armon, who has worked at adidas for seven years. He says Black employees are often exploited for their culture and creativity, but overlooked when it comes to opportunities for growth within the company.

“There are not a lot of minorities in this company, and the ones that are here are used to extract their knowledge of the culture in order to sell product,” Armon says. “There’s issues that come up from that, especially when there’s not leadership who represent that same culture. It allows certain people to think they’re able to make racist comments, or feel like they’re entitled to be able to call people the N-word and whatnot.”

According to Aaron Ture, product manager at adidas-owned Reebok, one of the biggest causes of the diversity problems is that global senior leadership of the company is tone-deaf to internal issues. He recalls a Reebok town hall meeting last year where the global head of human resources Karen Parkin downplayed the numerous complaints brought up by employees.

“The issue is really coming from a different angle because the higher-ups don’t seem to really try and educate themselves,” Ture says. “The very head of HR does not see how she has basically executed her white privilege and silenced people of color with her racist statements.”

Ture, who identifies as bi-racial and queer, also went public with a letter he sent to the company’s board and senior leadership that details the August 2019 company meeting and paraphrases the HR executive as saying: “I do not believe there is an issue, so I do not feel the need to answer this question.” The highest tier of leadership of the company is comprised of all white people.

“How can the company motto be ‘Through sport we have the power to change lives,’ but not treat minorities equally when it comes to promotions, pay, and a lot of other things?” he says. “There’s a very big disconnect between what the brand puts out there, and what the brand does. For me, this is something that I cannot stand behind. This is why I felt like I needed to speak out, because this is a fundamental issue.”

Along with the open letters sent by a few people within the company calling for change, a coalition of Black adidas employees also sent the board a 32-page deck that outlined the immediate demands they wanted senior leadership to address. Those asks included a 31% representation of Black and LatinX employees across all levels of the company by the end of 2021, an overall commitment of $50 million of global sales to funding Black communities, and to partner with vetted external nonprofits to raise $100 million annually to end systematic racism and injustice for Black people.

This is our commitment to the Black community, and the world. We can change, and we will. This is just the start.

The company responded this week by announcing it will invest $120 million over the next four years in US initiatives, finance 50 scholarships each year for Black students at partner schools, and hire a minimum of 30% Black and LatinX employees across adidas and Reebok. The internal memo was only circulated to North America and not the global company, but adidas also made a statement about the Black Lives Matter movement on social media that outlined its new initiatives.

While the changes are a step in the right direction for the company, the protesters aren’t satisfied until a public apology to Black employees is issued. According to them, the initiatives outlined by adidas also don’t address the systemic issues within the company in regards to microaggressions by employees or diversity training of senior leadership.

“Money is a very empty thing, and these are all symptomatic promises, but they are not addressing the systemic changes that need to happen within the brand,” Bond says, adding that protests will continue every day at noon in front of the adidas Village until a public apology is issued.

Armon is also skeptical after seeing the company pay lip service before: “To be honest, my biggest worry is that they’ll agree to it, but then not back it up or agree to a form of it that allows them not to really back it up with action.”

He and the other adidas employees voicing their opinion are more worried about changes not happening inside the company they work for than they are about losing their job or getting hired at another sportswear company. If the employees do get terminated, it just proves the point of the company’s insensitivity to the issues going on inside the company, and worldwide.

“I really see the potential for this brand to be a leader in what change is in how we talk about racism because it has such a wide reach. It could be the medicine that the world needs,” Bond says. She added that her own mother tried to convince her to not protest her company in order to have job security. “Until we recognize the dysfunction, we can’t even look at our potential. I’m not trying to burn it to the ground. I want this brand to be the thing that I see it could be.” 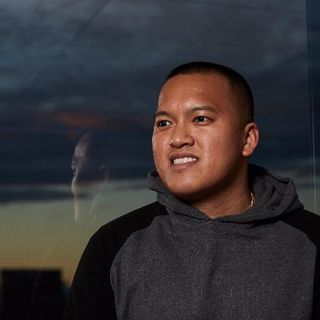 The Dropcast
adidas Has to Do A Lot More Than Open Its Purse
LifesponsoredJune 12, 2020

All the Statues That Have Been Torn Down By Anti-Racist Protesters, So Far
LifesponsoredJune 13, 2020