A jury found that the three men convicted of murdering Ahmaud Arbery were motivated by racism, thereby violating a federal hate crime statute.

Prosecutors found ample evidence that the three men espoused violently racist views about Black people in the days and months leading up to their crimes, bolstering the characterization of Arbery’s death as a 21st century lynching.

Statement from the NAACP on the verdict in the federal hate crimes trial of Ahmaud Arbery's murderers: pic.twitter.com/xNmytyrcYn

Evidence presented to the jury included text messages in which Bryan referred to his daughter’s boyfriend, a Black man, using a racial slur.

A woman from New York testified that the elder McMichael went on a racist rant about Black people when she encountered him on a visit to Brunswick, Georgia. McMichael’s son, Travis, referred to Black people as “subhuman savages.”

“The evidence in this case will prove that if Ahmaud Arbery had been white, he would have gone for a jog, checked out a house under construction and been home in time for Sunday supper,” said Bobbi Bernstein, a lawyer with the Justice Department’s civil rights division.

Thinking about Wanda Cooper-Jones, the Arbery family, and the Black people constantly required to turn our pain into fury when others won't in the name of justice.

America was dragged to justice in the Arbery hate crime case — an all-too-familiar phenomenon.

Though the legal characterization of Arbery’s murder as a hate crime is encouraging, it certainly doesn’t heal the damage done.

“As a mom, I will never heal,” said Wanda Cooper-Jones, his mother. “[The jury] gave us a small sense of victory, but we will never get victory because Ahmaud is dead.”

Cooper-Jones also called out the Department of Justice for offering her son’s murderers a plea deal. “I spoke to [Assistant Attorney General Kristen Clarke] and the lead attorney, Tara Lyons, begging them to please not take this plea deal. They ignored my cry.”

Ahmaud Arbery's mother Wanda Cooper-Jones:"What the DOJ did today, they were made to do today. It wasn't because of what they wanted to do. They were made to do their job today." Hate crime prosecutions shouldn't be a rarity until racist violence is rare!https://t.co/2x3zkTb6xf 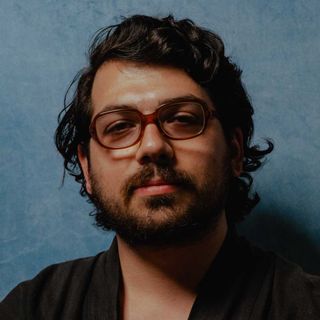