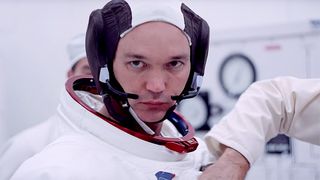 While it might not feel as though we need another film about NASA’s Apollo space missions  — they have, after all, been referenced in everything from First Man to the Transformers franchise to Men in Black 3 — this latest offering from distribution company Neon promises to be a cinematic treat.

Titled Apollo 11 and directed by Todd Douglas Miller (Dinosaur 13), the documentary has been 50 years in the making. Collating never-before-seen 65mm footage and over 11,000 hours of uncatalogued original audio recordings, the documentary takes us into NASA’s magical world and to the heart of its most celebrated mission.

Apollo 11 currently holds an amazing 100-percent-fresh certification on Rotten Tomatoes after premiering at this year’s Sundance Festival. Since its debut, critics from the Hollywood Reporter, Variety, and more have been celebrating its fascinating depiction of the 1969 mission. Watch the trailer above.

A Definitive Guide to the Best Salomon Sneakers Released in the Last Few Years
SneakerssponsoredMarch 16, 2020

Adam Driver Investigates the CIA After 9/11 in True Crime Drama ‘The Report’
MoviessponsoredAugust 22, 2019
What To Read Next
Load More
Search Results
Load More