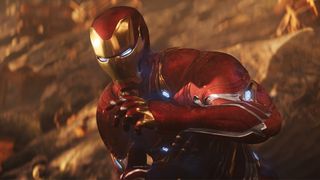 Coinciding with the release of the film on DVD and Blu-Ray, VFX producer Framestore presents a visual effects breakdown of Avengers: Infinity War. Framestore completed 253 shots for the movie’s opening act, from Bruce Banner crashing into Doctor Strange’s Sanctum Sanctorum, to the epic “race to space” sequence.

Press play above to see what kind of VFX went into the making of Avengers: Infinity War.

In other movie news, Michael Caine has a definitive explanation for the ending of ‘Inception.’