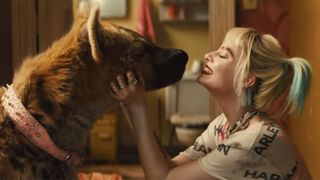 Together, the team wreaks havoc in a film that looks to join Aquaman and Shazam! in a DC cinematic universe that’s a little more playful. Of course, the R rating lets the antihero movie be a bit fast and loose with the dialogue and cartoonish blood-soaked imagery.