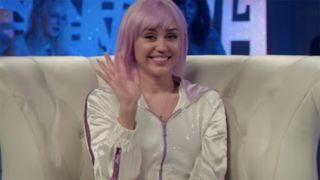 Following last week’s video, Netflix shares three new trailers for season five of Black Mirror ahead of next month’s premiere. Each episode gets its own clip, as we see Miley Cyrus and Anthony Mackie starring in the upcoming season, in addition to Topher Grace, Andrew Scott, and Pom Klementieff.

The three episodes from Black Mirror season five continue to center around socially relevant topics, specifically society’s obsession with technology. In the first trailer (above) for example, we witness a voice-enabled children’s robot developing a mind of its own. In “Striking Vipers,” two college friends reunite to set in motion a chain of events that could very well be life altering. And in “Smithereens,” a cab driver takes his passengers hostage after listening to a meditation app.

7 ‘Black Mirror’ Episodes That Are Likely to Become Reality in the Very Near Future
In-DepthsponsoredJune 11, 2019