The buzz over this year’s Bread & Butter by Zalando gets taken up a notch today: M.I.A. will headline the opening night on Friday, while FKA twigs leads the lineup for Saturday night at The Festival of Style and Culture this weekend, September 1 to 3. On Sunday, the Austrian indie pop heavyweights, Bilderbuch, will close the festival after three days of the latest in fashion, music and food presented at Berlin’s Arena complex. View the full music lineup, the overall festival schedule, and buy your tickets here. 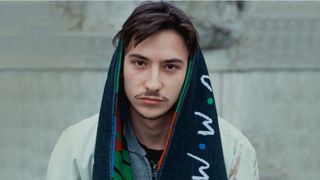 Backing this up: a special DJ set from the living legend that is Wyclef Jean is on the cards, while rising German rapper RIN (who, like Yung Hurn, calls the Berlin-based Live From Earth collective his crew) will be dropping bars. The independent style magazine, Indie, host the first official Bread & Butter afterparty on Friday night while the queer side of culture is repped through the Bold Ball, the official Bread & Butter afterparty on the Saturday night, soundtracked by NYC’s Byrell The Great and Berlin’s Lucy Liu Ninja (full details here). 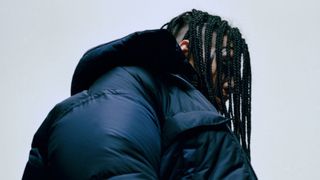 As well as being broadcasting live on the ground throughout the Bread & Butter festival, we’re giving five (5) people the chance to win two (2) tickets to the festival as well. Catch unique brand experiences, fashion shows and cop exclusive brand collabs at the unique fashion and culture festival. Read all the stuff we’re excited about, as well as what Highsnobiety is doing, here. Sign up for our newsletter for a chance to win.

Fill out my online form.

The winner will be picked at random and announced August 31, 2017, and updated on this page, Twitter as well as this post’s Facebook post. Good luck! Of course, you can always buy your tickets via breadandbutter.com/tickets.

However, as Arena Berlin does have limited capacity, tickets for the headline shows will be given out from 4pm on a first-come-first-served basis at any one of the Helpdesks. Scan your RFID wristband and you’ll then get a confirmation email for entry to the B&&B Stage for the live gig. Space is limited. But if you miss out, performances are livestreamed across the festival site. Selected highlights will be livestreamed online at breadandbutter.com.

Sponsored Story
Here’s What Went Down at the Klarna’s “Smoooth Gig” in Berlin, With Yung Hurn
MusicsponsoredNovember 29, 2019

Want Better Skin? Here Are the Face Cleansers You Should Be Using
LifesponsoredMay 13, 2020

Biggie Thought JAY-Z Was a Better Rapper Than Him, Says Lil’ Cease
MusicsponsoredApril 22, 2020