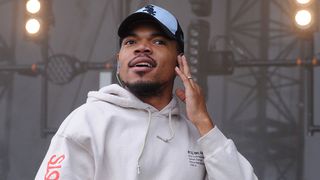 YBN Cordae follows up “Locationships” with “Bad Idea” featuring Chance the Rapper. The official music video above shows a contemplative Cordae reckoning with his newfound fame before Chance arrives to drop some sage, cookout-specific life advice, including “Don’t ever drink the Kool-Aid.”

YBN Cordae is gearing up to release his debut solo project The Lost Boy, which is slated to arrive at the end of July. Earlier this year he revealed that the upcoming album would feature Pusha-T and Ty Dolla $ign.

He told Beats Radio 1, “Everybody I have on this project are really good friends of mine, all came about in a super organic, dope way, so I feel like that’s the best way to go about it.”

Chance the Rapper Drops His Latest Music Video for “We Go High”
MusicsponsoredOctober 12, 2019

Highsnobiety Review
YBN Cordae Is Wise Beyond His Years on the Radiant ‘The Lost Boy’
MusicsponsoredJuly 29, 2019