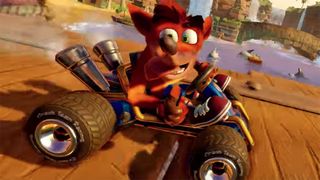 Crash Bandicoot is returning to the track in Crash Team Racing Nitro-Fueled, which is scheduled to release next summer.

For a glimpse at what to expect from Crash Team Racing Nitro-Fueled, watch the trailer above. The game comes to PlayStation 4, XBox One, and Nintendo Switch on June 21, 2019.

In other gaming-related news, the new ‘Stranger Things’ video game could hint at a season three plot.

Here Are All the Best Video Games Out in June
LifestylesponsoredJune 3, 2019