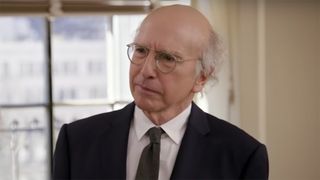 Curb Your Enthusiasm is returning to HBO for its tenth season on January 19. Now, a little over a month away from the premiere of the new set of episodes, HBO shares the official trailer.

To the surprise of no one, Larry David is still getting under everyone’s skin in the trailer for season 10, as he annoys each and every person he comes in to contact with. While the hilarious clip teases what to expect from the new season, it also shows a number of noteworthy guest appearances from the likes of Jon Hamm, Fred Armisen, Laverne Cox, Isla Fisher, Kaitlin Olson, and Jane Krakowski.

Season 10 of Curb Your Enthusiasm is scheduled to arrive almost three years after season nine. You can catch Larry David, J.B. Smoove, Jeff Garlin, and company returning to HBO on Sunday, January 19, at 10:30 p.m.

The ‘Westworld’ Season 3 Trailer Is Here & Twitter Is Losing It
MoviessponsoredFebruary 20, 2020