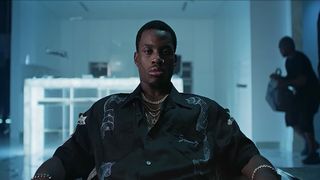 Florida rapper Denzel Curry has dropped a short film for “Speedboat,” off his recent album ZUU. Watch the video above.

The four-minute film, directed by Jaimie Sánchez, follows Curry and his crew around Carol City in Miami Gardens — Curry’s neighborhood — narrating the dangers of the fast life. “Any second it can go down. I lost friends to this,” says one of Curry’s associates in the video.