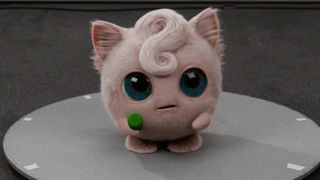 Detective Pikachu, starring Ryan Reynolds is slated to premiere next month, and the hype for the first-ever live-action Pokémon film continues with another teaser clip, this time focusing on the Pokémon characters auditioning for the movie.

Footage from my ACTUAL audition for #DetectivePikachu.

Framed in a casting video, we see a variety of Pokémon including an adorable Jigglypuff blowing a curl on its forehead to Venusaur walking around, Eevee acting cute while jumping, a clumsy Charizard knocking over a light, as well as many others. It’s evident that the studio wanted to showcase the excellent attention to detail that has been implemented in order to bring the lovable characters to life.

In addition, a new hilarious clip reveals a nervous Pikachu voiced by Ryan Reynolds, confirming that “spa music” is all that’s keeping Psyduck’s head from exploding and killing them all.

Enjoy the new trailer above as Detective Pikachu hits theaters on May 10. In the meantime, The Pokémon Company just released new playing cards to further promote the film.

‘Detective Pikachu’ Is a “Bummer” but Critics Say Ryan Reynolds Saves It
MoviessponsoredMay 3, 2019