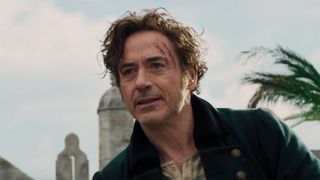 Dolittle picks up as Dr. John Dolittle (Downey), doctor and veterinarian of Queen Victoria’s England, has become a hermit following the death of his wife several years prior. Now, he merely enjoys the company of his gang of exotic animals inside the confines of Dolittle Manor. Dolittle is forced to reenter the world, however, when the young queen becomes sick and he is tasked with finding a cure.

On this week’s episode of The Dropcast, we are joined by Treis Hill and Rob Cristofaro, partners-in-crime at Alife, who are on to celebrate the 20th anniversary of the New York City-based lifestyle, street, and skatewear brand.