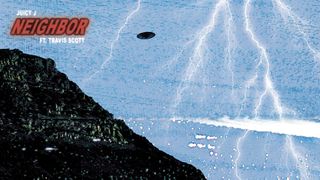 After dropping his ShutDaFukUp mixtape in the beginning of this year, which featured a posthumous Lil Peep appearance on the track “Got Em Like” – Juicy J is back with a new single dubbed, “Neighbor,” featuring Travis Scott.

Produced by Buddah Bless, the track premiered on Zane Lowe’s World Record list on Beats 1 and Apple Music, as it boasts the Memphis-bred rapper’s signature ad-libs along with a verse, while Travis Scott pitches in with the hook over a descending synth melody.

Also, according to a new interview with Billboard, Juicy J reveals he has enough material for his next album already, but isn’t officially announcing anything concrete yet. “I feel like I’ve got an album done already, but I don’t want to say I’m ready to drop an album just yet,” he said. Check out the full interview on Billboard.