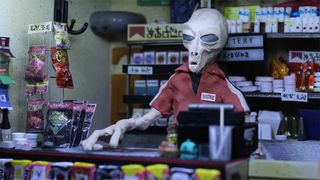 Following the release of their “Love on Ice” video featuring 6LACK, KEY! and Kenny Beats are back with another aesthetic, this time for fan-favorite “Dig It.” The track can be found on the duo’s debut collaborative album, 777.

The claymation clip is directed by William Child, as we see KEY! battling aliens in an animated, futuristic world. Press play above to check it out.

KEY! and Kenny Beats released 777 in May of last year and followed up the album with 777 Deluxe in November. 777 Deluxe includes remixes of songs from the original project, with new contributions from Skepta and 6LACK, in addition to features from Rico Nasty and Jay Critch.