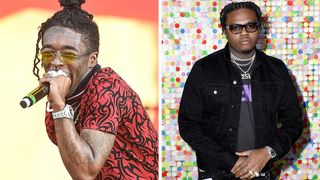 While it’s unclear if the single is meant for an upcoming album, the track produced by 100mph is low-key but still fire, as both artists deliver their fluid bars that is complemented with a subdued, piano-driven instrumental in a seamless transition.

In addition, Gunna recently appeared on Travis Scott’s number one album, Astroworld with the single “Yosemite.”

In other music news, the Drake and Migos tour kicked off with a floating Ferrari and Michael Jackson tribute.