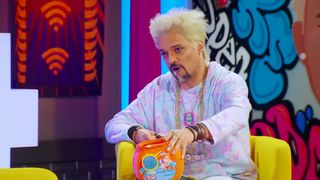 Following last month’s announcement, Adult Swim shares the trailer for its new show, Mostly 4 Millennials, created by Derrick Beckles and produced by Eric Andre. The quarter-hour program is hosted by Beckles, as it will feature in-house guests, street pranks, interviews, and more.

Joey Bada$$ is in turn showcased in the on-hand preview, in addition to Fred Durst, here referred to as DJ Durst. Press play above for a taste of what to expect from Mostly 4 Millennials, premiering on Adult Swim July 1 at midnight.