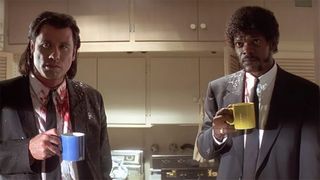 Earlier this week we got a look at Netflix‘s year-in-review, which included the streaming service’s most-watched original shows of 2018, and now the company is back to let us in on what’s in store for January 2019.

Next month is filled with heat that will be making its way to Netflix, featuring a blend of classic films and originals programs. You’ll be able to watch favorites such as Black Hawk Down, I Know What You Did Last Summer, the Indiana Jones franchise, Jay and Silent Bob Strike Back, Pulp Fiction, The Dark Knight, The Departed, Solo: A Star Wars Story, and American Gangster, among others. Again, new Netflix originals are on the way as well, including Friends from College: Season 2, FYRE: The Greatest Party That Never Happened, Trigger Warning with Killer Mike, Conversations with a Killer: The Ted Bundy Tapes and Unbreakable Kimmy Schmidt: Season 4 Part 2.

As with each month, it’s also time to say goodbye to numerous shows and movies, so you may want to stream the likes of Blade, Into the Wild, Meet the Parents, Million Dollar Baby, The Godfather, The Green Mile, The Shining, Armageddon, and Rogue One: A Star Wars Story before it’s too late.

In related news, you can win the chance to become a character on Netflix’s ‘BoJack Horseman.’

Here’s Everything Coming to & Leaving Netflix This May
MoviessponsoredApril 25, 2019

Here’s Everything Coming to & Leaving Netflix This August
MoviessponsoredJuly 25, 2019

Here’s Everything Coming to & Leaving Netflix This June
MoviessponsoredMay 23, 2019

Here’s Everything Coming to & Leaving Netflix This December
MoviessponsoredNovember 21, 2019

Here’s Everything Coming to & Leaving Netflix in October
Netflix & StreamingsponsoredSeptember 19, 2019

Here’s Everything Coming to Netflix in February 2019
MoviessponsoredJanuary 24, 2019
What To Read Next
Load More
Search Results
Load More