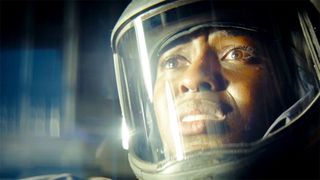 With Game of Thrones coming to a close, George R.R. Martin will once again lend his expertise to another network for a new TV series. Following an initial glimpse, today we get our first full-length look at Syfy’s Nightflyers.

Nightflyers is based on Martin’s 1980 novella of the same name, as it centers around a team of scientists and one telepath who are journeying to the edge of the solar system in hopes of making contact with alien life. As you can imagine, things quickly take a dark turn onboard the ship, leaving the crew’s mental fortitude at risk.

Nightflyers is scheduled to premiere on Syfy this fall.