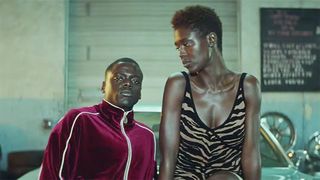 Daniel Kaluuya (Get Out, Black Panther) and Jodie Turner-Smith (The Neon Demon) star in Queen & Slim, a gripping new drama that reimagines the classic Bonnie and Clyde narrative. Watch the first trailer above.

The movie is directed by Melina Matsoukas, the mind behind Beyoncé’s epic “Formation” video and episodes of Issa Rae’s hit TV show Insecure, and was written by Lena Waithe, who co-wrote and starred in Master of None.

The plot follows Kaluuya and Turner-Smith, whose characters go on the run after shooting and killing a police officer in self-defense. Unbeknown to them, the moment was captured on camera and goes viral, with the couple becoming a symbol of trauma and grief across the country.