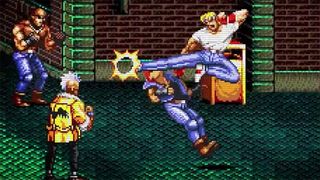 Sega this week premieres a new trailer in promotion of the Genesis Mini, which is releasing in September. The one-minute clip hits heavy with the nostalgia, highlighting various video games that will likely take many of you back to your childhood.

The Sega Genesis Mini comes pre-loaded with 40 classic titles, in addition to two bonus games in Tetris and Darius, neither of which were officially released for the original console. Other standouts include Sonic the Hedgehog, Street Fighter II, Contra, and Streets of Rage 2.

The console is scheduled to launch on September 19 for $79.99, but you can go ahead and pre-order yours now through Amazon. Also, see below for the full list of titles available with the US version.