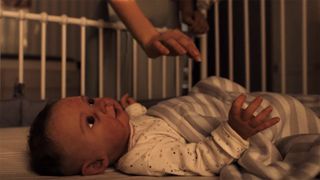 As Apple’s new streaming service, Apple TV+, has launched, today we receive the official trailer for one of the platform’s original series, Servant, executive produced by M. Night Shyamalan.

Servant tells the story of a Philadelphia couple in mourning following the loss of their baby. To cope with the tragedy, the mother (played by Lauren Ambrose) treats a doll as her child, even going so far as to hiring a mysterious nanny to care for the fake infant.