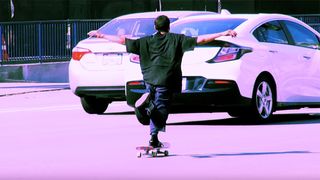 After teasing the release earlier this week, Supreme has finally dropped its latest skate video, CANDYLAND. The San-Francisco set video dropped yesterday, to coincide with the opening of the brand’s new San Francisco store.

As seen at the start of the video, CANDYLAND is dedicated to Pablo Ramirez, a member of San Francisco’s GX1000 skate crew, who passed away in April of this year.

Supreme’s new San Francisco store is located in the city’s Market neighborhood, at 1015 Market Street, and is managed by former pro skater Reese Forbes. Check out what went down at last night’s opening party here.