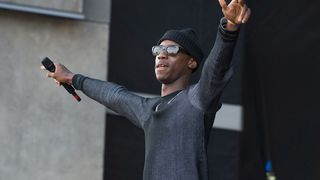 Denzel Baptiste and David Biral, known collectively as Take A Daytrip, are gearing up to release a new EP titled Take A Daytrip vs. London, a collaborative project with multiple artists from the UK. In delivering an initial taste from the work, the New York-based DJ/producer duo present “Stressed” with 23-year-old French-British rapper, Octavian.

Linked with @octavianessie and made so much fire we went to London to create our first ever project. DAYTRIP VS THE WORLD ALL 2019. “Stressed” – Take A Daytrip x Octavian OUT NOW ✈️⚔️✈️⚔️https://t.co/E6dUGQmtAX pic.twitter.com/r5KcYJBxU2

The first-ever collaboration between Take A Daytrip and Octavian finds the trio of artists bridging the gap between London and New York via a grime and trap-infused banger. The track arrives as Octavian just won BBC Sound of 2019.

Take A Daytrip have worked with the likes of Juice WRLD, Lil Baby, Kevin Gates, Big Sean and more. Their big breakout came from collaborating with 16yrold to co-produce Sheck Wes‘ chart-topping hit “Mo Bamba.” Be on the lookout for more from the duo, including Take A Daytrip vs. London, coming soon.

In other music news, Earl Sweatshirt says he’s “excited to be free” from Columbia Records in a new interview with Pitchfork.

Highsnobiety Review
Octavian Can’t Be Pinned Down on the Head Rush of ‘Endorphins’
MusicsponsoredJune 18, 2019