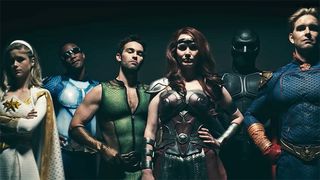 Fighting dirty is the aim of the game for the vigilantes trying to take down corrupt superheroes in Seth Rogen and Evan Goldberg’s upcoming TV show The Boys. Watch the latest trailer for the upcoming show above.

The plot follows The Boys (an informal nickname for the vigilantes) and their quest to expose superhero team The Seven, and Vought, the multi-billion dollar company that manages them.

Judging by the trailer, The Boys appears to be stacked with Rogen and Goldberg’s signature dark, gritty humor and debauched antics, just like the Garth Ennis comic book series it’s based on. If you’ve seen the TV series Preacher — also created by Rogen and Goldberg, and based on an Ennis comic — you’ll already have an idea of what to expect here.

The Boys is set to drop on Amazon’s Prime Video later this year. More information to follow.