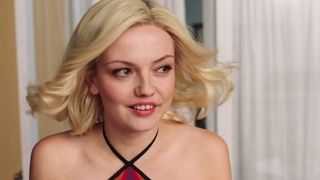 Each season of The Deuce will center around a new era surrounding the adult entertainment industry, as disclosed by David Simon and co-creator George Pelecanos. With season one taking place in 1971 and 1972, the upcoming second season occurs during 1977, featuring the same characters and same locations.

Watch the teaser trailer for season two of The Deuce above.

Next up, see Jonah Hill and Emma Stone in the official trailer for Netflix’s new limited series, ‘Maniac.’