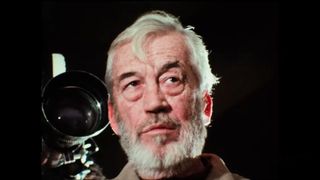 Ahead of its debut at the Venice Film Festival, Netflix shares the trailer for The Other Side of the Wind, the long-awaited final picture from American actor, director, writer, and producer, Orson Welles.

Welles first began production on The Other Side of the Wind back in 1970, but was only able to work on the project at varying times due to funding issues. The film ultimately serves as a satire surrounding classic Hollywood and the avant-garde filmmakers of new Hollywood in the ’70s.

Netflix will then host The Other Side of the Wind beginning in November, nearly five decades after the project’s inception. The movie stars the late John Huston as J.J. Hannaford, a director who has returned to Hollywood following a six-year exile.

You can look forward to Orson Welles’ The Other Side of the Wind landing on Netflix November 2, alongside a limited theater run.

For more, here’s everything coming to Netflix in September.