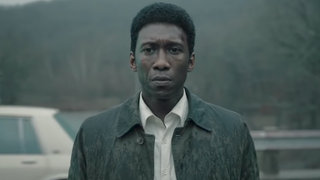 The third installment of the series spotlights Mahershala Ali portraying as Wayne Hays, a state police detective from Northwest Arkansas, who is investigating the 1980 disappearance of two kids in the Ozarks. We also learn that this unsolved case as been haunting Hays over the course of three decades, as the show moves across multiple timelines.

The show’s other stars Stephen Dorff, portrays Hays’ partner, Roland West, who is an Arkansas State Investigator, along with Ray Fisher playing Wayne’s son, and Carmen Ejogo as Amelia Reardon, an Arkansas schoolteacher.

The new season is written by creator and original showrunner Nic Pizzolatto. Season three of True Detective is scheduled to premiere on HBO on January 13, 2019. Watch the trailer above.

Now, read our exclusive op-ed on what season three of ‘True Detective’ needs to get right to be as good as season one.

Up next, Will Smith is a secret agent in the upcoming animated film ‘Spies in Disguise.’