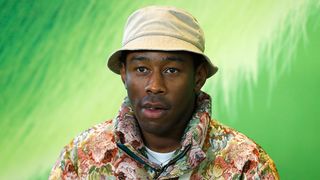 Tyler, the Creator released his fifth studio album, IGOR, back in May, a followup to 2017’s Flower Boy. The self-produced LP boasts features from the likes of Kanye West, Lil Uzi Vert, Playboi Carti, Solange, and Jerrod Carmichael, as it went on to debut at number one on the US Billboard 200. This week a YouTuber has shared a new video dedicated to IGOR, detailing the samples Tyler utilized throughout the record.

The five-minute clip begins with “IGOR’s Theme,” then highlighting a breakdown of each song in order as they appear on the album. As you’ll see, Tyler, the Creator used samples from numerous decades, ranging from the 1970s to 1980s and beyond.

After watching the dissection of IGOR, you can revisit the album underneath.

Tyler, the Creator Scores His First Ever No.1 Album With ‘IGOR’
MusicsponsoredMay 28, 2019