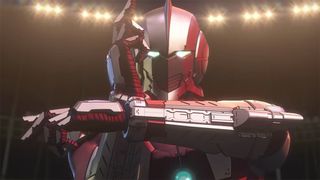 This week Netflix provides us with a first look at its new anime series, Ultraman. Ultraman is based on the manga sequel written by Eiichi Shimizu, featuring illustrations by Tomohiro Shimoguchi.

#Ultraman is back! On April 1 meet Shinjiro Hayata, a high-school student who steps into his father's shoes and the Ultra Suit when a new evil threatens to destroy our planet. pic.twitter.com/CYrNhdXkLx

Netflix’s new original anime program centers around Shinjiro Hayata, a high school student who is forced to follow in his father’s footsteps by wearing the Ultra Suit and accepting the responsibilities that come with it. Set to be this generation’s new hero, Hayata must do everything within his power to maintain peace on earth.

Ultraman comes to Netflix on April 1.