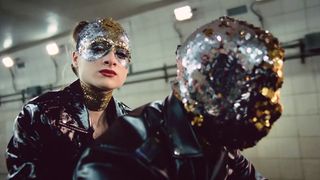 Following a well-received debut at the Venice Film Festival, this week we get our first look at Natalie Portman in Brady Corbet’s new drama, Vox Lux.

Portman portrays a 31-year-old pop star named Celeste. When she was just a teenager, Celeste composed and performed a song with her sister Eleanor following a violent tragedy that they experienced. This then catapulted Celeste to stardom, but now in present day (2017), she has a teenage daughter of her own and is struggling to find footing in a career overshadowed by scandals.

Jude Law and Christopher Abbott star alongside Portman in the upcoming drama, which is due out stateside on December 7. It’s also worthy of note that the film will feature original songs written by Sia.

Eric Nam Is Redefining the Role of the International Pop Star
MusicsponsoredNovember 14, 2019