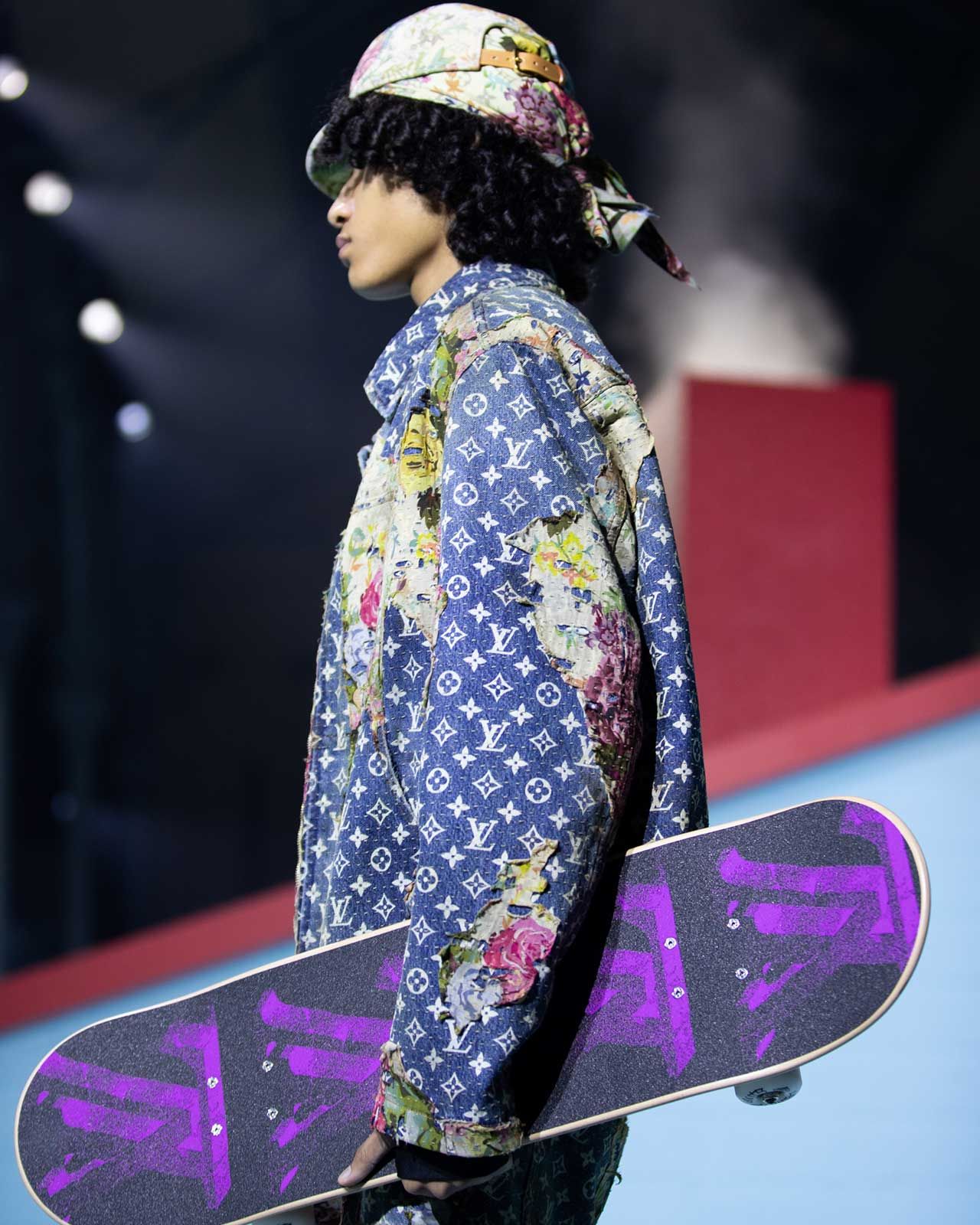 One of the oldest fashion houses of all time, and arguably the most influential, Louis Vuitton is a luxury French fashion house whose product range includes luggage, handbags, accessories, ready-to-wear and watches. The label was founded in 1854 by Louis Vuitton, a French box-maker who was inspired to create his own line of luxury trunks after observing how easily British trunk-maker H.J. Cave’s square, leather trunks could be stacked and transported. Vuitton began creating hard-wearing, weatherproof trunks made from canvas, and quickly rose to prominence due to his products’ convenience when travelling by train, an increasingly popular mode of transport at the time. Though it stands as one of the brand’s most vital signifiers today, the company did not introduce its signature monogram pattern until 1896, a response to the increasing number of copycats that attempted to exploit the brand’s success. Throughout the twentieth century, the brand continued to produce luggage and bags, introducing many of their most famous silhouettes such as the Keepall, Pappillon and Noé. It wasn’t until 1997 that Louis Vuitton began producing fashion lines, hiring Marc Jacobs as the brand’s first ever creative director. Under Jacobs, Louis Vuitton introduced its first men’s and women’s ready-to-wear collections. During his time at the house, Jacobs successfully introduced the historic French label to contemporary culture, collaborating with numerous leading figures and introducing modern approaches to classic Louis Vuitton styles. Previous collaborations include Stephen Sprouse, Takashi Murakami and Richard Prince. In 2011, British designer Kim Jones was hired as Men’s ready-to-wear and style director, working underneath Jacobs. With his history growing up in London’s streetwear and nightlife scene, Jacobs brought an even stronger grasp of modern culture to the brand. In 2013, Marc Jacobs departed the brand, and Nicolas Ghesquiere (formerly at Balenciaga) was brought in as Louis Vuitton’s new Creative Director, with Kim Jones continuing in his previous position. In 2017, Jones’ penchant for street-level fashion was demonstrated in its strongest terms yet, when Louis Vuitton revealed a collaboration with iconic New York streetwear brand Supreme for the label’s Fall/Winter 2017 collection. The collaboration was equally iconic and risky, creating the starkest meeting of two worlds. When the collection released in July of that year, it was a huge success, rapidly selling out in every location where it was available. Vuitton’s street credentials were further strengthened in 2018, when it was announced that Virgil Abloh would be taking the place of Kim Jones as the director of the house’s menswear, following news that Jones was moving to replace Kris Van Assche at Dior Homme.

Buttcracks to BTS: The Most Viral Moments From the SS23 Men’s Shows
StylesponsoredJune 28, 2022

Louis Vuitton’s Nike Air Force 1s Haven’t Released — But You Can Cop Them For $100K
SneakerssponsoredJune 14, 2022