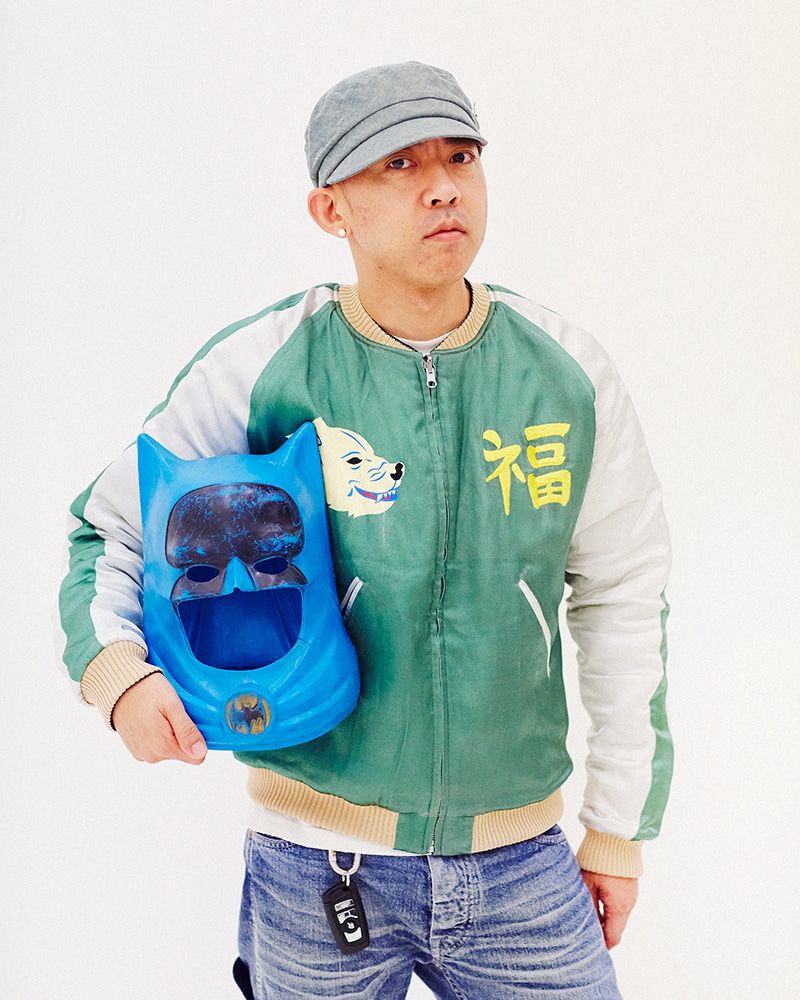 Nigo, born Tomoaki Nagao, kick started his fashion career at the seminal Bunka Fashion College in Tokyo where he met his right hand man Jun Takahashi. Here he would also meet the godfather of Harajuku, Hiroshi Fujiwara. It was this friendship that would earn him the nickname Nigo, which translates as number two – a reference to not only the pairs visual similarity but the assistant’s role he would go on to have to Fujiwara. With the help of Fujiwara, the duo founded Nowhere in 1993. The boutique, in the Harajuku district, sold a selection of international streetwear and Nigo’s flagship brand A Bathing Ape, in collaboration with SK8THING. The name comes from the Japanese phrase, ‘A bathing ape in lukewarm water’ – which describes the complacency and sheltered lives of Japan’s consumption obsessed youth as well and nodding to Nigo’s love of science fiction, drawing parallels throughout its time to Planet of The Apes. A tactic of rarity propelled the brand into popularity, with production runs only ever fulfilling 10 percent of demand. Operations were scaled back further in 1998 when the designer chose to cut back over 40 stores to just one in Tokyo. Big name hip-hop legends like Notorious B.I.G. and Mo’Wax records boss James Lavelle were pushing the brand in the media, boosting its appeal unimaginably and contributing to some of Nigo’s most profitable years. The early 00’s saw Nigo create the Bapesta – a riff on Nike’s Air Force 1, which would become the epitome in sneakerhead collectibles. With long-time supporter Pharrell, Nigo launched two highly successful brands in 2005 – Billionaire Boys Club and Ice Cream along with long time collaborator Sk8thing. The post-millenial era saw BAPE continue to grow thanks to collaborations with the likes of MAC, Pepsi, A$AP Rocky , Kanye West, Kid Cudi and the Beastie Boys and bagging the Style Award at MTV Asia’s Awards in 2005. Despite this interest the brand began to lose money, with Nigo exiting the label in 2014 in a shock move. There’s uncertainty about the brand’s next moves – but it continues to remain a mainstay of the streetwear and fashion. Nigo continues to work with label Human Made and even created a similar hype in the music scene – as DJ of Teriykai Boyz group and running the BAPE sounds record label.

Feature Content
Everything You Ever Wanted to Know About BAPE (and Some Things You Didn’t)
DesignsponsoredMay 22, 2017

It Isn’t Your Eyes, KENZO SS23 Is Supposed To Be Pixelated
StylesponsoredJanuary 4, 2023

13 of the Best A Bathing Ape BAPE STAs to Buy Today
SneakerssponsoredSeptember 2, 2021

Seriously, This Human Made Drop Is Bananas!
Art & DesignsponsoredSeptember 17, 2022