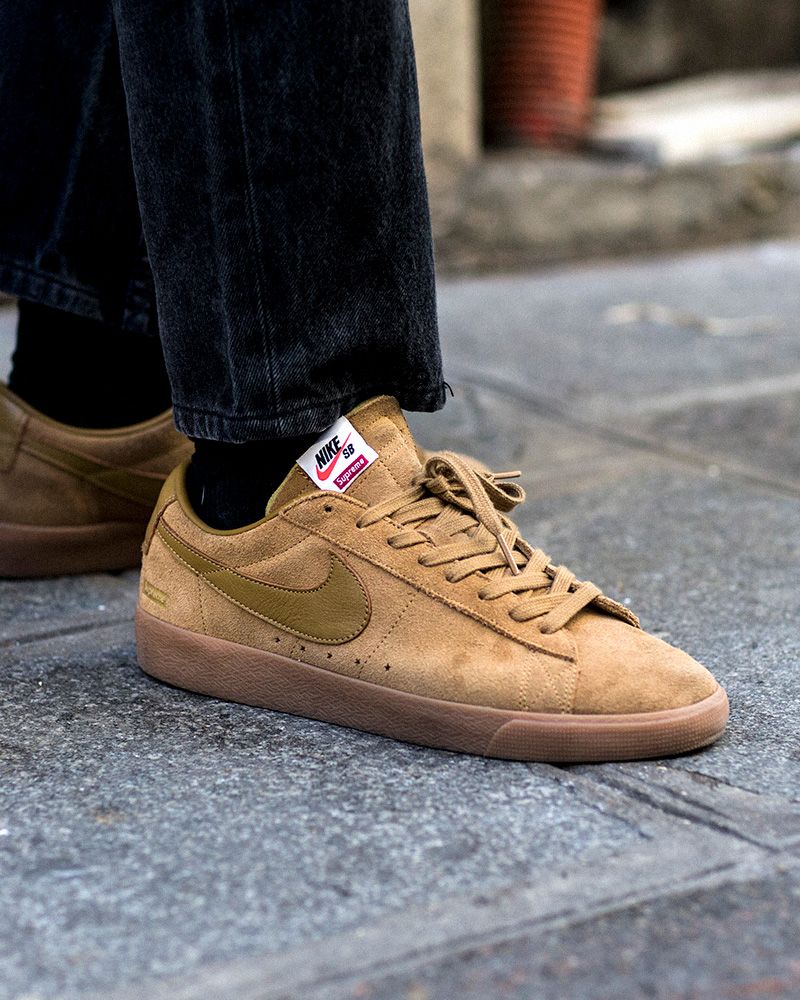 Nike’s foray into the world of skateboarding began in 1997 with a new line of sneakers aimed at skateboarders. With a market already loyal to brands like Emerica, Vans and brands that helped grow the scene, the line failed to take off amongst the skateboarding community. The early 2000s saw a swift turnaround from the brand thanks to recruiting skateboarding giants like Paul Rodriguez to front the team. With Rodriguez came a line of shoes specifically designed with skateboarders in mind, boasting increased padding, Zoom Air insoles, and enhanced materials, including triple stitching, a standard for skate shoes. Since then Nike SB has continued to have an influence in the skateboarding industry, establishing themselves among the community with innovation in technology and an eye for emerging skateboarding talent.

Nike manufactures its own line of skate shoes. With the market already in favor of more established brands like DC, Emerica, Vans and eS Footwear, the sports giant is not considered a community-focused brand and the line doesn’t take off.

The introduction of the SB brand brought with it the SB Dunk Low – which boasted a style similar to other skateboarding favorites, riffing on a previous Nike basketball-style sneaker. It resulted in mediocre sales but a small following amongst the community. Another four models, SB Angus, SB FC, SB Delta Force and SB URL are released.

Nike SB signs Paul Rodriguez as a figurehead for the Nike SB team. Later that year, the Nike Dunk SB collection is released, boasting a design specifically aimed at skateboarding – but also capturing the minds of sneakerheads across the world.

Nike SB releases its first skate video, “Nothing But The Truth.”

The Nike SB Janoski is released. The sneaker came to represent Nike’s commitment to the community, designed by a member of the team with skaters in mind. Janoski was only the second skater to get a signature shoe at the time, with his sponsorship solidifying the brand’s commitment to the sport.

Celebrating 10 years of the Janoski, Nike releases a remastered collection.

Sponsored Story
These Are the Best Nike SB Dunks of 2021 to Shop at Hype Clothinga
SneakerssponsoredDecember 10, 2021

Skate Style Has Taken Over the Tokyo Olympics
StylesponsoredJuly 29, 2021

Parra Made the Most Fire Nike SB Kits for the Tokyo Olympics
StylesponsoredJune 30, 2021

Eyes Up – Here’s an Official Look at the Supreme x Nike SB Dunk High “By Any Means”
SneakerssponsoredJune 16, 2021

Sponsored Story
Secure A Pair of Nike SB Dunk Low “What The P-Rod” Here If You Missed Them
SelectssponsoredMay 21, 2021
Load More
Highlights