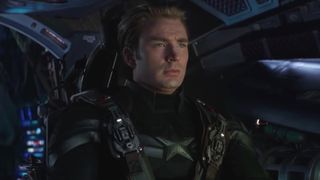 Marvel Entertainment has dropped another teaser trailer of the highly-anticipated Avengers: Endgame blockbuster, which spotlights the remaining superheroes split up into several teams. A previous trailer revealed their new plan to stop Thanos and undo the Mad Titan’s elimination of half of the universe in Avengers: Infinity War.

“You know your teams, you know your missions,” Captain America says. “No mistakes, no do-overs. Look out for each other – this is the fight of our lives.” Rocket Raccoon (Bradley Cooper) then sums it up best when he tells Ant-Man (Paul Rudd), “He’s pretty good at that.”

Avengers: Endgame hits theaters on April 26 and you can start purchasing tickets below.

‘Avengers: Endgame’ Will Be the Longest Marvel Movie Ever
MoviessponsoredMarch 26, 2019

The Dropcast
Here’s What The New ‘Avengers: Endgame’ Footage Will Include
MoviessponsoredJune 20, 2019
What To Read Next
Load More
Search Results
Load More