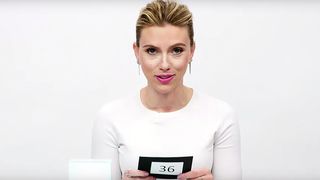 The Avengers have assembled at Wired in time for today’s Avengers: Endgame opening to answer the 50 most-googled Marvel Cinematic Universe questions. Take a look at their responses above.

In the video, Scarlett Johansson, Jeremy Renner, Danai Gurira, Don Cheadle, and Chris Hemsworth get asked hard-hitting questions such as, “Who are the Avengers?” Johansson approaches that poser philosophically, saying, “That’s a pretty deep question,” while Cheadle doesn’t mess around: “Dudes and chicks, just hangin’ out, saving the world.”

Other questions get more specific. For example, “What language do they speak in Black Panther?” “Who is stronger than Thanos?” and “Can Captain Marvel beat Thanos?”

If anything, it’s worth watching to see the huge blindspots in the actors’ Avengers/MCU knowledge, even after years in their roles.

Chris Evans Is Reuniting the Original Avengers for a Virtual Hangout
MusicsponsoredMay 3, 2020
What To Read Next
Load More
Search Results
Load More