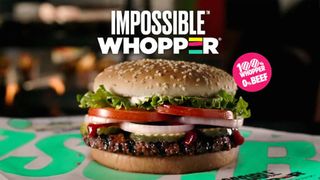 This news is not an April Fools hoax, as Burger King aims to become one of the first national fast food restaurants to sell a plant-based burger, according to the company. In January, Carl’s Jr. added plant-based meat products to its menu and White Castle began selling a slider version dubbed the “Impossible burger” in select stores in 2018.

Overall, the Whopper’s other ingredients will remain the same: lettuce, tomato, pickle and onion toppings along with ketchup and mayonnaise, while the original beef patty will be replaced with the new vegan option instead, offering a healthier alternative.

For the full story, follow on over to The New York Times.

You Can Now Own Heinz’s Impossible Ketchup Puzzle
DesignsponsoredMay 13, 2020