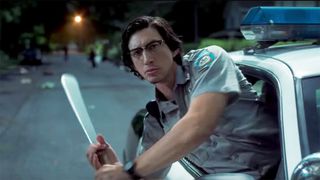 The latest teaser trailer for Jim Jarmusch‘s upcoming horror comedy The Dead Don’t Die is actually more of a three-step program for surviving a zombie apocalypse.

The 24-second clip revolves around one particular question asked by Bill Murray’s character, Cliff Robertson: “How the fuck do you kill a zombie?”

What follows is a montage comprising various zombie slaughter scenes as Adam Driver’s Ronald Peterson, who has clearly been gathering tips from Shaun of the Dead, runs through the kill rules. Find out what they are in the video above.

The Dead Don’t Die lands in theaters on June 14.