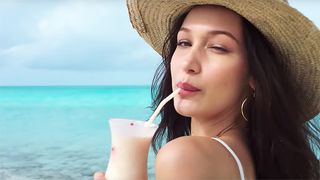 Promising a juicy, insider intel-filled treat, Fyre looks at how Ja Rule and McFarland created one of the most hyped and — ticket-wise — expensive music festivals on the planet, nose-dived it into the sea, and, in McFarland’s case, ended up facing fraud charges and a prison sentence as a consequence.

Fyre: The Greatest Party That Never Happened is directed by Emmy-nominated documentarian Chris Smith (Jim & Andy: The Great Beyond) and lands on Netflix on January 18.

In other Netflix news, Jake Gyllenhaal is an art critic in new horror film ‘Velvet Buzzsaw.’