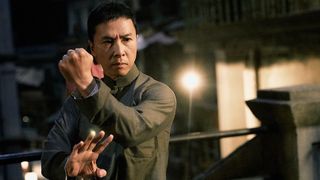 The return of Ip Man is a little more than a month away, and the latest teaser for the fourth film is here. Donnie Yen reprises his role as the grandmaster for Ip Man 4, and in this anticipation-building spot we see him practicing on a wooden dummy before hitting a U.S. military base to show off his skills.

Ip Man 4 sees its namesake heading to San Francisco, where his star pupil Bruce Lee upsets the local martial arts community by opening his own school. Ip Man had means to build a better life for his son, but racial discrimination is worse than he expects and causes him to question why he took up martial arts in the first place.

Watch the teaser above, and look for Ip Man 4 to hit theaters December 25.