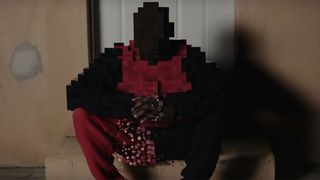 Entering The Matrix is nothing compared to whatever digital vibes Jay Rock is on right now. The TDE-rapper has shared a new visual for his track “ES Tales” that finds his very existence turning into 8-bit graphics. Check out the Jack Begert & Dave Free (of the Little Homies)-directed video above.

“ES Tales” is taken from Jay Rock’s new album Redemption, which dropped just a few weeks ago. It is preceded by visual treatments for “WIN,” “The Bloodiest,” “OSOM,” and, of course, the instantly-iconic clip for “King’s Dead.”

If you haven’t already, read our review of Jay Rock’s Redemption. Revisit the visual for “WIN” below.

In other music news, Buddy has linked up with Khalid on the hazy new track “Trippin.”

Everything We Know About Jay Electronica’s Debut Album ‘A Written Testimony’
MusicsponsoredMarch 11, 2020