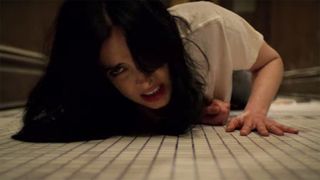 Next week Netflix is scheduled to premiere the third and final season of Marvel‘s Jessica Jones. While the series has been canceled, many are still eagerly awaiting the fate of the super-powered private eye.

Building on the initial teaser, the official trailer for Jessica Jones season three once again suggests that Jessica is not a hero but merely a fraud. Still haunted by a traumatic past, Jones continues to search for her illusive tormentor before he can harm anyone else in Hell’s Kitchen.

Jessica Jones is not and never will be a hero. Learn the truth on June 14. pic.twitter.com/8vYJsFcRC9