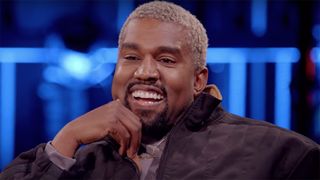 Kanye West is scheduled to appear in the second season of David Letterman‘s Netflix show, My Next Guest Needs No Introduction. With the new set of episodes slated to release later this month, Netflix shares the official trailer for the much-anticipated season two.

Letterman begins the clip by asking Kanye if Velcro had been invented first, would there be zippers? To which West replied, “You know, it’s really a deep question.” Elsewhere in the trailer we find Kanye opening up about his bipolar disorder and erratic behavior.

In addition to Ye, other guests for season two of My Next Guest Needs No Introduction include Ellen DeGeneres, Tiffany Haddish, Melinda Gates, and Formula 1 driver Lewis Hamilton. The inaugural season saw JAY-Z, Barack Obama, and Howard Stern, among others, conversing with the legendary talk show host.

Season two of David Letterman’s My Next Guest Needs No Introduction releases on Netflix May 31, with all five episodes being available at once.

7 Architects That Kanye West Would Want You to Know About
DesignsponsoredSeptember 25, 2019