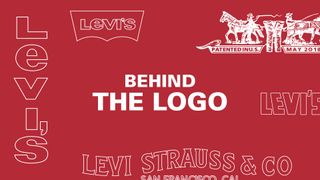 Behind the Logo is an original recurring series from Highsnobiety, exploring the history, design, and evolution of the biggest trademarks in the industry. This episode delves into Levi’s’ Two Horse, Red Tab, and Batwing logos, and how they became the instantly recognizable emblems they are today.

When you think of Levi’s, it’s likely that a pair of 501s come to mind. As the original blue jean, these humble pants are packed with history having been worn by everyone from the Ramones, to Kanye, to your dad, your high school teacher, Steve Jobs… you get the point. But a garment is only as good as the sum of its parts and, while the denim, construction, and cut all play a crucial role, it’s the iconic design details including the Two Horse, Red Tab, and Batwing logos that are instant indications of an authentic pair of Levi’s. Today, these iconic insignias continue to populate the streets, stages, and stores around the world. Here and in the video above, we explore why.

Having three logos could be seen as unnecessary considering most brands have one and maybe two at most, but each of Levi’s logos marks a significant milestone in the brand’s evolution. The first to appear was the Two Horse logo, which depicted two horses pulling apart a pair of Levi’s jeans. This was more than just a visual marker, and from May 20, 1873, when wholesale dry goods store owner Löb Strauss and tailor Jacob Davis patented their first pair of jeans (then known as “overalls”) until the company was officially named Levi Strauss & Co in 1928, everyone would refer to them as “the Two Horse brand.”

“It serves two purposes: One is to really show the quality and strength of Levi’s, the other one is having a very recognizable branding element so that people in the 1880s, early 1890s could walk in and be like “I want the pants with the two horses.”

By 1936, competitors had started imitating Levi’s jeans and their iconic Arcuate stitching, so the brand decided to sew a little Red Tab into the back pocket seam to distinguish them from replicas. This same Pantone then reappeared thirty years later in the Batwing logo, now strongly linked with ’90s logomania. Designed by Walter Landor & Associates, this logo mirrored the shape of the Arcuate stitching on the jeans’ back pockets and as the brand expanded further into fashion, adorned all sorts of garments. Landor also suggested the brand take the bold decision to change its all-caps logo to contain a lowercase “e”, which it did in 1971.

Brands with heritages as rich as Levi’s often regard their logos as untouchable, holy grails. The legacy denim brand, however, takes a much more liberal approach, treating the logo as a cultural emblem that, like culture itself, can evolve over time. Levi’s regularly switches it up by playing with the direction of the text, its sizing, and coloring, and even encourages customers to personalize it themselves in store at their “print bars.”

“If you don’t change the logo, what’s changed? What you’ve changed is the meaning of the logo, and its connection and values.”

In spite of this playful approach (and perhaps even because of it), Levi’s iconic and long-serving emblems are some of the most recognizable and culturally meaningful in all of fashion today.

Discover the full history of Levi’s’ logos in the video above.

Here’s Everything You Need to Know About the 2020 Grammy Awards
MusicsponsoredJanuary 23, 2020