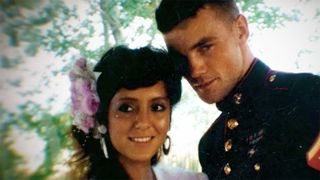 Ahead of his new horror Us, Get Out director Jordan Peele has co-produced a new true-crime documentary series for Amazon, Lorena, which looks at the wild story of Lorena Bobbitt. Watch the trailer above.

In 1993, following years of spousal abuse, Bobbitt lopped off her husband John’s penis. Her case became a worldwide, vastly sensationalized scandal, which the series follows. The focus of the show, however, is how Bobbitt became a national joke and how her domestic suffering was ignored by a male-dominated press.

The four-part docuseries was directed by Joshua Rofé, with Peele, Rofé, and Stephen J. Berger executive producing. It’ll premiere at Sundance Film Festival this month before arriving on Amazon’s Prime Video on February 15.

Will you be watching Lorena? Let us know in the comments.

The International Trailer for Jordan Peele’s ‘Us’ Is the Most Terrifying Yet
MoviessponsoredFebruary 26, 2019