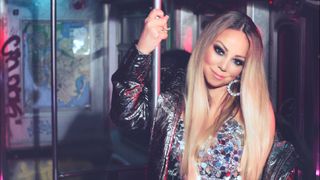 It’s highly unlikely that Mariah Carey actually rides the subway anywhere, but she certainly makes it look like an enjoyable experience in her new music video for “A No No.” Perhaps those of us living in cities would all have better commutes if we were served this level of energy on a daily basis! This wouldn’t be the first time that someone has turned public transportation into their personal party train though—last year, a group of friends hosted a birthday party on the JMZ line of the MTA subway.

Going back to Carey, “A No No” is featured on her fifteenth studio album Caution. As expected, the record charted at No. 1 on Billboard‘s Top R&B/Hip-Hop Albums after it debuted in 2018. Watch the entertaining visual unfold above.

John Mayer Shows the Making of His New Single “Carry Me Away” in Official Video
MusicsponsoredSeptember 6, 2019
Follow
Highsnobiety Music
What To Read Next
Load More
Search Results
Load More