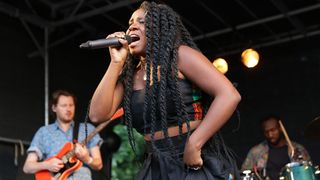 Following the acoustic version of “Make It Out Alive,” Nao returns with a fresh track ahead of the release of Saturn. On “If You Ever,” we find the British singer-songwriter linking with 6LACK. The collaboration was co-written and co-produced by Mura Masa.

Saturn is slated to drop on October 26 via RCA Records. Additionally, Nao is getting ready to embark on a world tour which kicks off in Japan on December 6. From there, she’ll travel overseas to hit North America and then make her way through Europe. Scroll down for the full list of dates.

The Best Black Sneakers for Every Rotation
SelectssponsoredApril 18, 2019