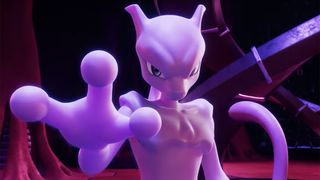 Netflix will soon be releasing its remake of 1999’s Pokémon: The First Movie: Mewtwo Strikes Back, titled Pokémon: Mewtwo Strikes Back—Evolution. The film premiered in Japan and Korea last year, but will be available worldwide in celebration of Pokémon Day on February 27.

“The ubiquitous reach and expert team at Netflix make them the perfect partner to bring this special animated movie to kids and fans around the world,” said Emily Arons, senior vice president of international business at The Pokémon Company International. “Netflix is the ideal platform to help us execute a global simultaneous launch of an animated Pokémon movie on Pokémon Day, a special moment dedicated to celebrating the worldwide Pokémon fan community.”

Mewtwo Strikes Back—Evolution centers around the strongest Pokémon in existence, Mewtwo, and its revenge against the humans that created it. After Mewtwo learns of its intended use as a tool of destruction, the Pokémon begins to resent its human creators for its own heinous origin. Meanwhile, the likes of Ash, Pikachu, Misty, and Brock are inclined to challenge the monstrous Mewtwo and put an end to the terror.

Looking Back at The Strokes’ Golden Era of Style
MusicsponsoredApril 9, 2020
What To Read Next
Load More
Search Results
Load More