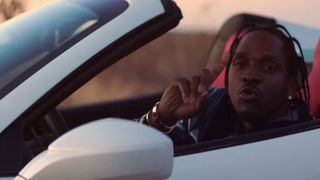 Pusha T has shared the first horizontal visuals from his new album DAYTONA. Directed by Shomi Patwary, the music video for “If You Know You Know” is rather ominous and sees the rapper driving through Joshua Tree before getting pulled over and threatened by police. Watch it above. The video was previously released last week in a vertical format via Spotify.

Aside from releasing diss tracks against Drake and a new album, the legendary rapper recently recounted being chased by a fox in Wyoming.

In other music news, a new study has revealed hip-hop’s favorite sports teams. Check it out right here.

Highsnobiety Premiere
Chastity Face the Fear of Hostility in “The Girls I Know Don’t Think So”
MusicsponsoredJuly 31, 2019

Everything We Know So Far About Sony’s PlayStation 5
LifestylesponsoredMay 22, 2019