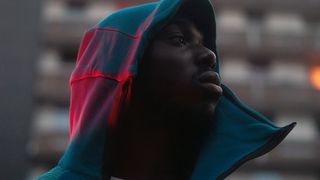 10 years from now, if you’re one of those hip-hop or music historians looking back on how German rap continued its rise to the top, you can add a place called Bochum to the list and a guy named Serious Klein. The German rapper basically shuts down Nike’s latest video for the release of this season’s Tech Pack, filmed across the artist’s homeland, deep within Germany’s gritty industrial Ruhr Valley.

Nike Tech Pack features a range of specially developed materials for the fall and winter months, including the Tech Fleece that features in the collection’s stand out crew and hoodie. The fleece has been constructed from a lightweight plush foam that’s contained between soft cotton jersey on either side. This acts to trap air between the layers, providing warmth and insulation, but still being breathable. This year’s Tech Pack is also the first to pair Tech Fleece with Tech Knit technology – the latter being specially developed for breathability and insulation by Nike for the collection.

From the sartorial side to Serious Klein, 2016 marks six years since the German rapper entered the scene with his mixtape The Rolling Stone, released via DSTY Records. Following two EPs – 2012’s The Serious Outlook and 2015’s The Introduction – this year saw a small teaser project, titled Summer 03’s Problem, released in preparation for his upcoming debut album.

For a closer look at Nike’s New Tech Pack, check out our editorial on the streets of Berlin.